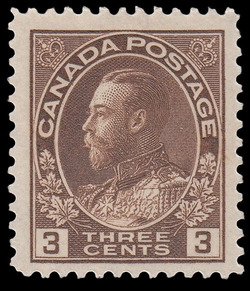 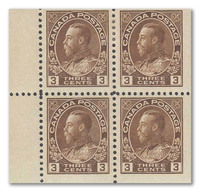 The 2-cent 1Tc brown stamp first issued on 29th August, 1916, gave rise to complaints from the public who mistook it for a 2-cent stamp, instead of its face value, three cents. Consequently, the Department ordered 3-cent brown colour stamps in August, 1918. The public by this time had become accustomed to the prepayment of the War Tax on letters and postcards.