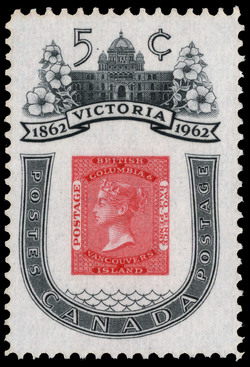 From its first settlement as an outpost of the Hudson's Bay Company, strategically located on the south eastern tip of "Vancouver's Island", Victoria has grown into a thriving center of charm and distinction that is probably unique in North America. This year marks Victoria's Centenary as an incorporated city. It was James Douglas, a chief factor of the Hudson's Bay Company, who selected the location for Fort Victoria which was named in honour of the girl queen who ascended the Throne of England in 1837. The isolated post had to be self supporting and the arable land surrounding the new port provided excellent crops. It was ideally located in a favourable trading district, accessible to the North Pacific mainland. The life of the outpost centered about the operation of the Hudson's Bay post until 1849 when Vancouver's Island was made a crown colony and declared open for colonization. Sparked by the Fraser River Gold Rush of 1858, the trading post exploded almost, overnight into a lively frontier town. Since it was the only seaport in British Columbia, it became the outfitting center for the miners and adventurers seeking the wealth of the goldfields. No sooner had the excitement of the first gold rush subsided than the Cariboo Rush broke, followed by the Klondike gold stampede of 1898. With such limpetus, its growth was rapid and the community was incorporated as the City of Victoria in 1862, just 100 years ago. Today, Victoria is justly proud of the largest dry-dock in Canada, the largest astrophysical telescope in the nation, the largest per capita tourist trade in Canada and the mildest winter climate of any Canadian city. Each year, thousands of tourists throng its streets and find in the restful, unhurried atmosphere the ideal spot for relaxation. Of great interest in Victoria is the solid background of British customs and institutions which have survived more vigourously than in any other Canadian city. Victoria has kept as its basic charm the beauty and dignity of ivied walls, picturesque gardens and imposing Tudor or colonial homes. The new stamp is designed to commemorate the development of the city from its lusty frontier days to its modern role as provincial capital. The new issue follows precedents set in 1908 and in 1949 when stamps honouring the 300th Anniversary of Quebec and the 200th Anniversary of Halifax were produced.