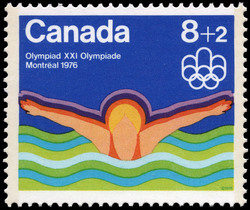 Survival, religion and the desire for amusement inspired the games of our remotest human ancestors. To remain alive, they needed strength and skill, qualities to be acquired as children in games and as adults in sports. However, the ancients believed that sports transcended paltry material considerations. People played to worship and to ensure birth, growth and the revival of nature. The Greeks felt that activities which they enjoyed would please the gods. No religious festival was thus complete without sports. These events were supreme at Olympia, at the festival of Zeus, which was so sacred that a truce was called to allow contestants to attend. Funerals often featured sports. The bereaved wanted to provide attractions appealing to the departed spirit and if that person had enjoyed games, his obsequies included them. Athletics was not entirely spiritual even to the Greeks. They admired strength, grace and beauty and perhaps as a result, competitors were naked. The Greeks regarded their willingness to undress in public as a characteristic which set them above swinish barbarians. Many events were designed to develop warriors. Eventually, the spiritual aspect disappeared. Lust for victory and rivalry between states caused ill will, cheating and the loss of amateurism. One commentator wrote that, "Although there are 10,000 evils throughout Greece, there is nothing worse than the tribe of athletes." As for individual water sports, humans have swum throughout their evolution. The incentive was fear although a few brave souls, having seen an animal swimming, amused themselves by imitating it. The Greeks and the Romans assumed that everyone could swim and the sport was part of their combat training. However, swimming was rarely a competitive activity. The Romans preferred more grandiose spectacles and the Greeks worried about catching a chill. During the Middle Ages, learned opinion held that outdoor bathing spread disease, a belief not overcome until the nineteenth century when the British became interested in the pastime. The first swim across the English Channel occurred in 1875 and generated further enthusiasm. The sport entered the modern age around 1900 with the popularization of the crawl, a stroke long known to natives of the South Pacific. Consequently, the swimmers, rowers and sailors who come to Montreal and Kingston will be doing the same things as hundreds of previous generations have done. Equipment and techniques have improved, but in terms of competitive thrust, civic pride, enjoyment and spiritual devotion, those who partake in the 1976 Olympics will not be different from the ancients. Canada's second set of semi-postal stamps, issued in support of the 1976 Olympic Games, were designed by Wallis & Matanovic of Toronto.