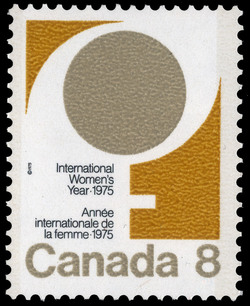 The United Nations proclaimed that 1975 is to be devoted to intensified action in promoting equality between men and women. The organization seeks to ensure the full integration of women in the total world development effort, especially by emphasizing women's responsibilities in economic, social and cultural progress at the regional, national and international levels. It is hoped that there will be greater recognition of women's increasing contributions to world peace and to the creation of friendly relations among states. The world body has invited all its member states and all interested organizations to take steps to ensure the full realisation of the rights of women. Because the United Nations Charter established basic feminist objectives in 1945, International Women's Year should also be a time to review and evaluate the progress which has been made. Real freedom of opportunity for women will arrive when society recognizes that women have the right to pursue whatever goals they may individually choose, whether the goals are centred on home and family or on a career or on a combination of both. Equality of opportunity can come about only when Canadians recognize women as full and equal partners in our society. Therefore, International Women's Year is an epoch in which people should acknowledge what women have done for social, cultural, political and economic life in Canada. The doorways must be open so that such contributions can continue. During 1975 there should be a greater awareness of the grievances of women. The average earnings of Canadian women participating full time in the work force are only half those of male workers. Most women workers are in junior secretarial, clerical or sales positions. Male university graduates earn more than female graduates. The boardrooms of Canada have few women. Most parents do not encourage their daughters to pursue professional careers such as medicine, law or politics. School text books still contain prejudiced stereotypes of both women and men. There are allegations that physicians prescribe twice as many mood altering drugs to women as they do to men and that women are subjected to more unnecessary surgery than men. The traditional role of women is frequently assigned a disastrously low value. Canada "would never have existed without all the unheralded accomplishments of women" whether it be cooking, cleaning, preserving food, gardening, tending livestock, doctoring, nursing, teaching, bearing and raising children or occasionally bringing in wages. This work is no less important than the tasks of building railways, clearing land and trading furs. Thus International Women's Year is not so much a slogan as an attitude. Among women themselves ideas must change. The woman who steps out of the weaker sex norm often is "castigated, rather than supported, even by members of her own sex...". Only when attitudes have improved can people begin to strive towards the overwhelming number of goals which transcend boundaries of sex and age. As Shaw said "You can see things, and you say, "Why?", but I see things that never were and I say, "Why not?"". Susan McPhee of Montreal designed the International Women's Year stamp for the Canada Post Office. She made use of an elegant graphic variation of the female symbol.