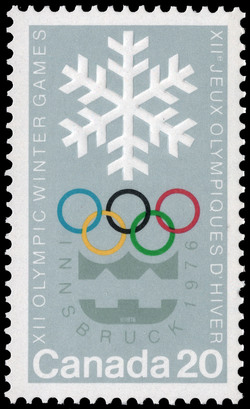 Winter sports are an integral part of the lifestyle of any country that enjoys a true winter season. Canada, with almost four months of ideal snow and ice conditions, has excelled from the beginning in such competitive sports as ice-hockey, skating, skiing and bobsledding. As late as the 1800's, so-called winter sports were little more than informal play on snow and ice; there were few such activities with internationally recognized rules, and the equipment in general was primitive and not standardized. On the other hand, the cult of winter sports has grown phenomenally during the twentieth century, due to higher living standards with increased leisure time, the development of formal rules for winter sporting events, and the proliferation of international competitions, including the Olympics. When the Olympics were re-animated in the 1890's, cold weather sports were not forgotten. However, nothing was planned until the London Games in 1908, when men's and women's figure-skating were included in the events. Surprisingly however, there were no winter sports scheduled for the next Olympiad in Stockholm in 1912. It is now officially recognized that the first official Winter Olympic Games took place at Chamonix, in the French Alps in 1924. That year, a speed skater, two figure-skaters and a hockey team, the Toronto Granites, represented Canada. The 1976 Winter Olympic Games are scheduled in Innsbruck from 4 February to 15 February. Innsbruck, the capital of the Austrian province of Tyrol, also hosted the 1964 Winter Olympics. Rolf Harder, the designer of the Innsbruck Winter Games stamp, studied both Fine Arts and Graphic Arts at the Academy in Hamburg, and worked professionally in that city before coming to Canada in 1955. He has created a graphic design using the official Innsbruck Olympic Symbol combined with a stylized snow crystal. The blue-grey background represents a cold winter sky and serves to dramatize the five bright colours of the Olympic rings.