Angel Carrying a Teddy Bear and a Small Sack of Toys 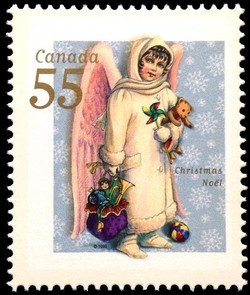