Angel with a Festive Star 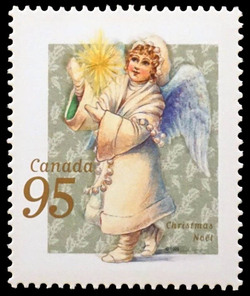