Astronauts in Space, a Rainbow and a Canadian Flag 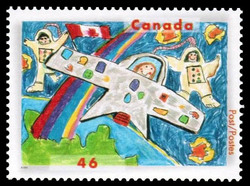 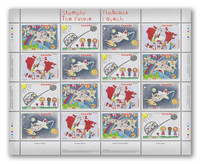 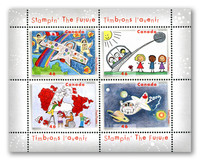