Summit of the Americas 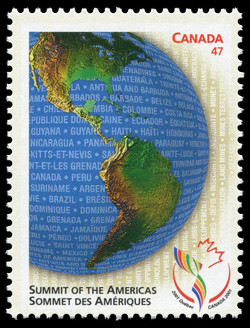 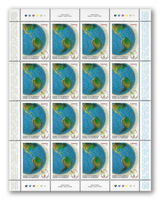 On April 20-22, 2001, Canada will be at the front of the world stage as it hosts the third Summit of the Americas in Quebec City. The summit will address the issues that affect everyone in the Western Hemisphere and discuss how best to achieve common solutions. The summit was previously held in Miami, Florida and Santiago, Chile. It is now Canada's turn to lead the way for the rest of the world.

As the heads of the 34 countries involved gather in Quebec City, they will get ready to build on the foundation that was laid at the two previous summits. Believing that a joint approach to the problems facing all the member countries was the way to proceed, the leaders compiled their mission statement, the "Declaration of Principles." Stronger democracy, greater prosperity and realizing the human potential are just some of the key issues to be discussed. Aimed at strengthening the bonds between member nations, the summit will showcase Canada's reputation as a world leader and as an integral part of the organization known as the OAS. The OAS stands for the Organization of American States. Founded in 1890, this group of Western Hemisphere nations has sought to bring positive change to the world, and it welcomed Canada aboard in 1990. Since joining this elite group, Canada has led the way on several issues, including combatting the drug trade, action on human rights and the removal of land mines.

Designing a stamp that gave equal prominence to each nation as well as the goals of the whole group was no easy task. Montreal designer Denis L'Allier, however, enjoyed taking these elements and making them work graphically. "The names of all the nations appear in waves to signify their dependence on each other," explains Denis. To show the united commitment of the group, Denis gave the Western Hemisphere the appearance of a globe and set it against a background of the concerns that the summit will address. Just as the Summit of the Americas will unify these nations, the design of this stamp highlights Canada's ongoing commitment to making positive change. As Denis puts it, "Governments come and go, but the concerns continue, this is why meetings like Summit of the Americas are so important to us all."