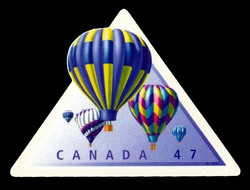 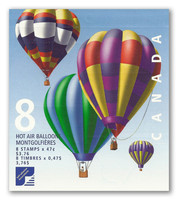 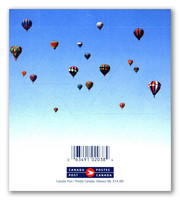 THE PIONEERS Universally recognized as the inventors of the hot air balloon, Brothers Joseph Michel and Jacques Étienne de Montgolfier discovered that heated air collected in a bag would cause it to rise. After considerable testing, the two brothers made their first public demonstration in June, 1783. In September of that year they sent several animals (the first air passengers in history) aloft in another of their home-made balloons, and in October, balloonist Pilâtre de Rozier rose to a height of 25.6 meters, becoming the first "man in space". De Rozier also made the first free flight as he and a passenger took a 25 minute voyage over Paris in November.

HOW IDEAS TAKE FLIGHT
Hot air balloons consist of three main parts. The envelope (the bag), burner and basket. Basically, the flame from the burner heats the air inside the envelope which makes it rise into the air. Regulating the burner allows the pilot to control ascent and descent, therefore riding wind currents at different altitudes to maintain or change direction. The pilot and his passengers ride underneath the envelope in a basket that is usually made of wicker, and can hold 10 or more people.

THE SPIRIT OF COMPETITION
With around 3,500 to 4,000 licenced balloon pilots in the USA and another 1,000 around the world, ballooning competitions and festivals in many countries are spectacular displays of skill and precision. "Hare and Hound" and "Convergent Navigational Task" are races to drop a marker closest to the target, while the "Key Grab" entails flying in and pulling a ring from the top of a 6-9 meter pole. In Canada; Gatineau, Saint-Jean-sur-Richelieu, Ottawa, London, Calgary, Regina, Grande Prairie (Alberta) and Sussex (New Brunswick) all host balloon events, while the winner of the Canadian Hot Air Balloon Championship goes on to participate in major world championship competitions.

AN ELEGANT DESIGN
Designer Lise Giguère teamed up with illustrator Dan Fell to create four unique stamps. Each design combines the grace of hot air balloons with the flair and style of those who fly them. The credentials of both artists are impressive - Ms. Giguère worked on stamps for the 1993 Stanley Cup, the 1995 Christmas Capital Sculptures, the Millennium Collection, and the Barreau du Québec. Mr. Fell designed the 1992 Ontario stamp, the 1993 Toronto stamp and the 50th anniversary NHL All-Star Game set for 2000. The self-adhesive domestic rate stamps are available in booklets of eight.

Designed by Lise Giguère. Based on an illustration by Dan Fell.