Sleigh Ride in an Urban Landscape 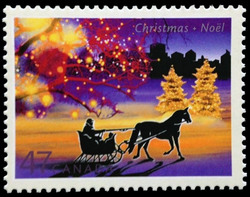