Building a Snowman in the Country 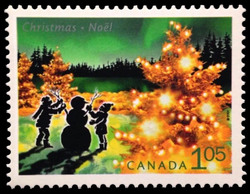