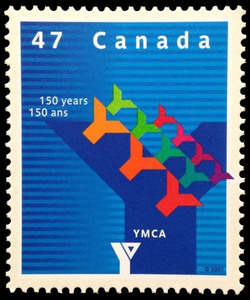 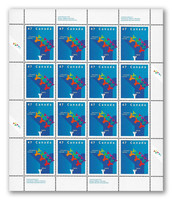 A HISTORY OF FELLOWSHIP

THE EARLY DAYS
The Young Men's Christian Association, or YMCA as it became known, came to life in London, England in 1844. Originally a place for Christian men to meet for prayer, Bible study and fellowship, the YMCA quickly established itself as a place of spiritual improvement, and soon became a model for similar societies around the world. After a steady growth throughout Great Britain in the early 1850s, the YMCA opened its first North American association in Montreal in November, 1851 followed by another in Boston a month later.

SPREADING THE WORD
With over 350 YMCAs in seven countries, the associations decided to hold their first world conference in Paris in 1855. The conference's primary focus was to actively promote the Young Men's Christian Movement, and with this in mind, it issued what became known as "The Paris Basis," a written guideline on the moral goals of the world alliance. By the early 1900s the YMCA had expanded its role around the world. It opened its doors to men and women of all ages, races and religions and by 1926 there were 10,000 associations. As a non-profit, charitable organization, the YMCA works to better the lives of those who are in need, provide health and fitness facilities, job counselling and training, childcare, short-term accommodation and to better living conditions in underdeveloped countries.

A CANADIAN PERSPECTIVE
Since forming its own National Council in 1912, YMCA Canada has grown to include 64 associations serving over 250 communities across the country. They provide hundreds of childcare centres and day camps, four outdoor centres, a leadership training centre, two cross-cultural and language centres, plus 28 resident camps. Replacing "The Paris Basis" in 1970 with "The York Basis" which itself was revised in 1995 to promote a more relevant global focus, YMCA Canada offers a whole series of programs that offer support and training to 1.5 million Canadians.

THE STAMP
Designed by Hélène L' Heureux of Gottschalk+Ash International in Montreal, this stamp communicates meaning and purpose in a visual way. Taking the universally known letter "Y", Hélène used it as a banner to salute the institution's 150 years of work. Ms. L' Heureux previously worked with Sheri Hancock on Canada Post's Hockey Night in Canada and La Soirée du hockey stamps in the Millennium Collection. Gottschalk+Ash International, which has offices in Montreal, Toronto and Zurich, has an international reputation for brand identity, signage, packaging and print projects.