Santa Claus in a Sled 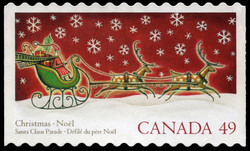 The hidden date for this stamp can be found in the bottom-left corner.\ 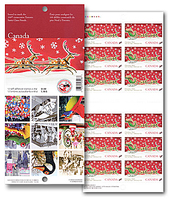