Santa Claus in a Cadillac 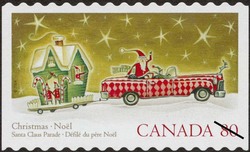