The Bridge at Bouctouche, New Brunswick 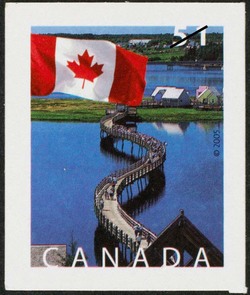