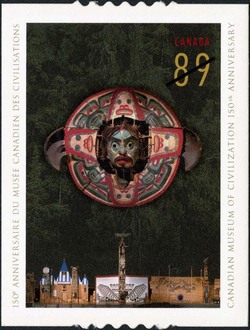 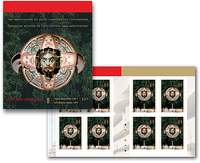 Undulating gracefully with the natural landscape along the Ottawa River in Gatineau, Quebec, sits one of Canada's foremost architectural gems - the Canadian Museum of Civilization. Considered one of the most innovative cultural institutions in the world, the museum attracts more than 1.4 million visitors from across the country and around the globe each year.

The marvelous structure, completed in 1989, is the latest phase in an evolution that began long before Canada was a country - 150 years ago to be precise. Since its modest beginning as part of the Geological Survey of Canada in 1856, the Canadian Museum of Civilization has continued to evolve and expand its mandate, providing everyone who passes through its doors with a better understanding of "human history and different cultures."

At 150 years young, "Canada's national museum of human history" continues to delight visitors of all ages and backgrounds with attractions that include more than three million artifacts, an IMAX® theatre, the Canadian Children's Museum and the Canadian Postal Museum - a permanent exhibit that displays every Canadian stamp that has ever been issued.

In recognition of the Museum's 150-year anniversary, Canada Post is issuing a Canadian Museum of Civilization commemorative U.S. rate (89¢) stamp, in booklets of eight.

Alain Leduc, Manager of Stamp Design and Production at Canada Post, explains,"the stamp -celebrates the Museum's impressive history and achievements from its pre-Confederation origin to its present-day standing as a world-class institution."

A look at the "now and then" is what stamp designer Neville Smith had in mind when he began the creative process for this commemorative. "I combined the beautiful Northwest Coast transformation mask, one of the oldest artifacts in the Museum's collection, with the contemporary interior of the Museum's Grand Hall's ," says Smith. "On the bottom of the stamp you see a section of the Grand Hall's Northwest Coast exhibit, a permanent exhibit that contains the world's largest collection of totem poles."

The stamp will be showcased as part of Canadian Museum of Civilization 150th anniversary open house on May 14, 2006.

While this commemorative will traverse thousands of miles to multiple destinations across the U.S., it will always have a home at the Canadian Postal Museum, an integral part of the Canadian Museum of Civilization and a wonderful narrative of our past.

For more information about the Canadian Museum of Civilization and its 150-year anniversary celebration, visit www.civilization.ca.