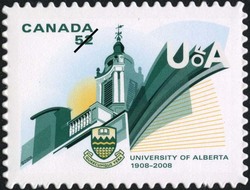 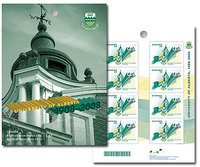 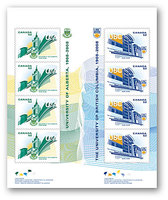 With an impressive enrolment that exceeds some 36,000 students, and more than 200 undergraduate and 170 graduate programs to choose from, it's not surprising that the University of Alberta is considered one of the leading research universities in Canada.

The University of Alberta was founded in 1908 at a time when education was an area of focus in the newly formed province. Alexander Cameron Rutherford who was both the premier of and education minister for Alberta was instrumental in taking the vision of a provincial university and transforming it into reality. He not only lobbied for the creation of a university, but also introduced the University Act in 1906 and even chose the site for the campus-Strathcona (now Edmonton), Alberta.

During its 100-year existence, the University of Alberta has demonstrated that it is a progressive and trailblazing institution. In 1908, when the university opened its doors, it actually boasted a women's enrolment-a highly unusual occurrence for Canadian universities of the day. In the years that followed, the University participated in or implemented several innovative programs designed to keep up with the changing times. After World War I, for example, the institution contributed to a new program to help soldiers return smoothly to university life.

Today, the University of Alberta is considered one of the foremost research universities in Canada, and offers programs across many disciplines, including agriculture, science, engineering, medicine and dentistry.

On March 7, 2008, Canada Post will pay tribute to the University of Alberta's centenary by issuing a domestic rate (52¢) stamp.

While honouring the country's post-secondary institutions with commemorative stamps is not new for Canada Post, the look of these latest university-themed stamps is. Both the University of Alberta and The University of British Columbia commemorative stamps (featured on page 26) were conceived and designed by Vancouver's Metaform Communication Design.

"We're delighted to be working with Canada Post on this exciting project," says Susan Mavor of Metaform. "The design team here at Metaform enjoyed the challenge of coming up with a refreshing look that would also capture the spirit and essence of these great institutions."

The final design succeeds in doing both. The new stamps have a modern appearance that's based on graphic illustration rather than photography. "The new issues also differ from the previous stamps in another significant way," says Alain Leduc, Manager of Stamp Design and Production at Canada Post. "They are considerably smaller in size than the previous issues."

The University of Alberta: 1908-2008 stamp, features the school's Dentistry/Pharmacy Centre rendered in green and gold. These signature colours were chosen and approved by the Senate in October 1908 to reflect the gold of autumn leaves and deep green of the abundant spruces and pines surrounding campus.

Collectors will be interested in knowing that the University of Alberta and The University of British Columbia issues will also be produced as part of a unique gutter strip. This is the first time that stamps commemorating educational institutions have appeared on a gutter strip.