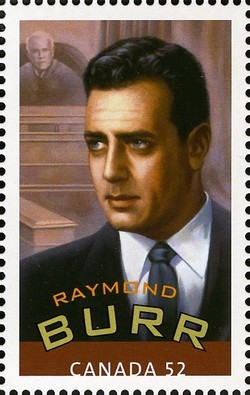 Raymond Burr: A true philanthropist
Raymond Burr is perhaps best known for his roles as lawyer Perry Mason in the television show of the same name and wheelchair-bound chief of detectives Robert Ironside in Ironside. However, before his small-screen triumphs, Burr enjoyed considerable success on the big screen. Born in New Westminster, British Columbia, in May 1917, Burr started his stage career at the age of 10, when he starred in a church play. At 17, he began touring with Toronto's Berkeley Players, and got his big break in 1944 in a production of Duke in Darkness.

Burr went on to appear in numerous films, usually in the role of the archetypal "heavy," but proved he could be equally as compelling as a hero when he starred as reporter Steve Martin in Godzilla: King of the Monsters (1956). He also devoted much of his time and energy to charitable and humanitarian causes, including CARE, the Cerebral Palsy Association and the B'nai B'rith.