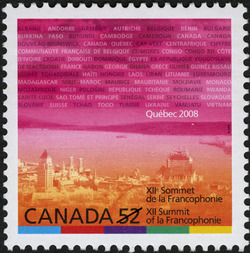 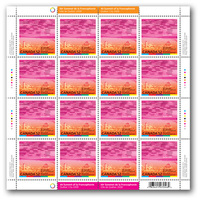 When the first French settlers came to the New World at the turn of the seventeenth century, they brought with them longstanding traditions of language and culture. Thanks to the combined efforts of those dedicated to the preservation of their customs and values, these traditions continue to shape and enrich the Canadian identity today.

A Global Community for Francophones
Canada acknowledges the importance of French within its borders and supports the development of an international Francophone community. In 1970, the nation was a founding member of l'Agence de coopération culturelle et technique (ACCT), an international organization spearheaded by three African head of states: Senegal's Léopold Sédar Senghor, Tunisia's Habib Bourguiba, Nigeria's Hamani Diori, along with Cambodia's Prince Norodom Sihanouk. The ACCT is united by a shared desire to protect and preserve French language and culture, while improving co-operation between its member states and governments. In 2005, the agency was renamed the Organisation internationale de la Francophonie (OIF). The OIF now has 55 member states and governments, as well as 13 observer states-a reflection of the extent to which this international organization has evolved. Quebec and New Brunswick are both members of the OIF as "participating governments."

Once every two years, OIF members gather at a summit to discuss such topics as international policy, world economy, Francophone co-operation, human rights, education, culture and democracy. The XII Summit of la Francophonie will take place from October 17 to 19 in Québec City, where 400th anniversary celebrations are in full swing. Canada Post will mark this significant event with one domestic rate (52¢) stamp. In the past, stamps have been issued for the Québec Summit (1987) and for the 25th anniversary of La Francophonie (1995).

The commemorative stamp features a striking photograph of Québec City with rich magentas and oranges worked into the background-colours inspired by the Société du 400e anniversaire de Québec's campaign colours. "For this design, we tried to capture a sense of La Francophonie as an international body, while at the same time highlighting its significance to Canada," says Alain Leduc, Manager of Stamp Design and Production at Canada Post. This dual task was a challenge, but designer Ian Drolet answered it by blending two concepts. Drolet explains, "The names of the participating countries listed across the top capture this international aspect, including the sense of solidarity upon which the OIF is founded. Meanwhile, the photograph of Québec City in the background evokes the city's role as the cradle of French civilization in North America."

The image of downtown Québec showcases some of the city's most stunning architecture and overlooks the St. Lawrence River-the site on which the seeds for the first French settlement in North America were planted 400 years ago. Alain Leduc notes, "This present-day view of Québec City is evidence of the deep-rooted cultural traditions that were brought to this site and kept alive for the past four hundred years. What better way to pay tribute to the OIF's combined efforts as they gather for their next summit?"