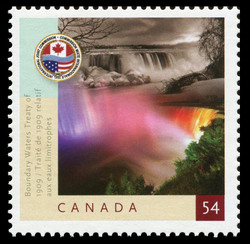 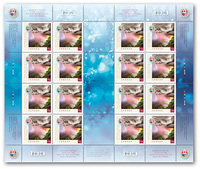 The events of Canadian history are staged against a backdrop of lakes, rivers and streams. Not only have they sustained Natives, settlers and wildlife, these waterways are the bloodlines that link us to our past. They had spiritual meaning to the Native people, guided the first explorers to the New World, and continue to vitalize Canada's cities and towns.

Many of our country's greatest waterways run along and across the Canada/U.S. border, some of which stand among the world’s largest bodies of freshwater. These trans-boundary basins, made up of scores of rock-rimmed lakes and narrow river channels, are home to much of Canada's population, and the economy is heavily dependent on the benefits their resources bring. They're an important source of hydroelectricity, a site of industrial, commercial, agricultural and urban development, and highly popular recreational destinations. For these reasons, water-related issues, including availability, distribution, uses and quality, have had a great influence on Canada's development.

At the turn of the twentieth century, disputes over the uses and apportionment of the waterways that flow along or cross the Canada/U.S. border resulted in the Boundary Waters Treaty. The Treaty provides the general principles for Canada and the United States to follow in using the waters they share. Signed on January 11, 1909, the treaty established the International Joint Commission (IJC), the first permanent Canadian-American body, charged with settling and preventing disputes over boundary waters by fixing and applying rules over their usage.

The commemorative stamp issued to mark the 100th anniversary of this influential treaty blends a historical, sepia-toned image of Niagara Falls, circa 1909, with a more recent photograph of the Falls. "The Niagara Falls are the most recognizable and emotional symbol of the Boundary Waters Treaty, not to mention terrific visually," notes designer Paul Haslip of HM&E Design Communications. The vintage image, featured in the background, offers a view of the American Falls, while a spectacular night shot of the Canadian Horseshoe Falls is shown in the foreground. "At night, when the Falls are lit up, they are magical," Haslip says of the photograph. "Since the photographs merged together so well, they provided a great opportunity to blend the old with the new," he elaborates. "There's a remarkable transition as the Falls of yesteryear transform through the mist into the Falls of the present day--a wonderful way to celebrate 100 years of the Treaty."

The Rt. Hon. Herb Gray, the Canadian Chair of the IJC notes, "There is historical significance to including the image of Niagara Falls on the stamp in that the apportionment of the Niagara River is one of only two specific cases dealt with in the Boundary Waters Treaty."

Liz Wong, Manager of Stamp Design and Production at Canada Post, adds, "The way the past flows into the present also represents the strong foundation and forward-looking principles of the Treaty, as well as the cooperative relationship the IJC has fostered between Canada and the U.S."

To learn more about the 100th anniversary of the Boundary Waters Treaty, visit www.ijc.org.

Alexander Henderson, "Niagara Falls in winter, ON, about 1870", circa 1870 McCord Museum, Montréal, Quebec