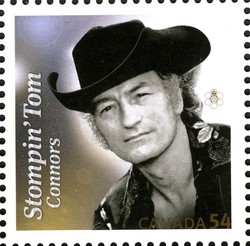 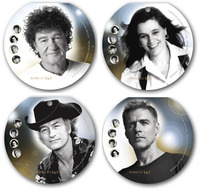 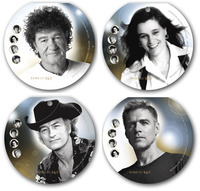 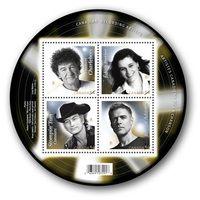 Beyond Canadian borders, when you hear a Stompin’ Tom record, you can’t wait to get back home. A staunch supporter of Canada, this singer-songwriter, fiddler and guitarist has spent most of his life capturing our heritage in song.

Before being discovered in Timmins, Ontario, Charles Thomas “Stompin’ Tom” Connors spent many years traveling across the country, working and writing songs along the way. Today, 300 songs and 50 albums into his career, Connors remains mindful and proud of his humble roots.

“I am delighted, humbled and overwhelmed at this wonderful recognition that Canada Post, and indeed all Canadians, have given me with this great honour.”