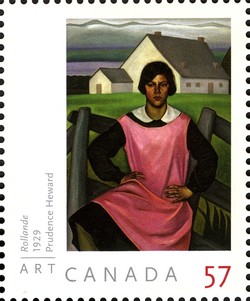 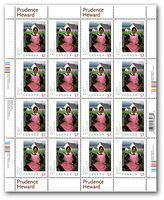 "In my opinion, Prudence Heward was the very best painter we ever had in Canada and she never got the recognition she richly deserved in her lifetime. I wanted her to join the Group of Seven, but like the Twelve Apostles, no women were included.”
A.Y. Jackson, founding member of the Group of Seven

In the age of the landscape painting, when little credibility was given to the female artist, Montréal-born Prudence Heward (1896–1947) broke popular artistic trends and gender conventions, gaining unusual distinction as a representational figure painter. Well aware of woman’s then-marginal place in the art world, Heward’s works examine and redefine the female artist. Her studies of strong, serious, defiant women set in metaphorical landscapes made her one of the most celebrated artists in Canada during the first half of the 20th century.

Heward’s formal art training began at the Art Association of Montreal (AAM), where she learned drawing and landscape painting. She later moved to France, where she studied with her friend and mentor A.Y. Jackson. Heward first gained widespread repute after an acclaimed exhibition with the Group of Seven in 1928.

Despite her short life (she passed away at age 51), Heward’s influence on Canadian art was substantial. She was a founding member of the Canadian Group of Painters and the Contemporary Arts Society, served on the executive of the avant-garde Atelier group, and was the most well-recognized and acclaimed member of the famous Montréal-based Beaver Hall Group. Today, her works are found in many esteemed collections, including the Montreal Museum of Fine Arts, the Art Gallery of Ontario, the Art Association of Montreal, the University of Toronto, and the National Gallery of Canada. As part of Canada Post’s ongoing Art Canada series, a set of commemorative stamps will be issued featuring two of Heward’s masterpieces: At the Theatre (1928) and Rollande (1929).

Prudence Heward’s nephew, Chilton Heward, who spent summers caddying for his “Aunt Prue” in Brockville, Ontario, remembers her and the other members of the Beaver Hall Group as a group of “wonderful women, wonderful characters—all very eccentric, and all great friends.” Mr. Heward is thrilled to see his aunt’s art commemorated in the Art Canada series. “It’s an incredible honour for the Heward family, and we’re absolutely pleased with the choice of paintings that are being featured in the issue,” he says.

In order to select paintings that would be representative of Heward, veteran stamp designer Hélène L’Heureux thoroughly explored her large and varied body of work. “Almost immediately, her figure paintings stood out as her most significant pieces,” she says. “At the Theatre and Rollande exude a sense of great depth. They seem to give expression to the difficult position of women in the modern world—a difficulty that’s carried into every sphere of social life.”

The first day cover features a photograph of Heward. “I chose this image of her, which is a little theatrical, as I see it as an expression of her artistic perspective. It’s as though she carries in her Rollande’s lucidity, with an added bitterness that came later in life as a result of the often conflicting expectations of women.”