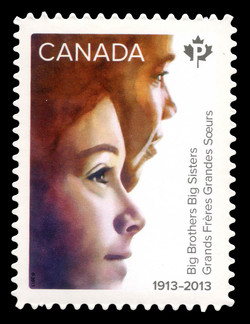 Big Brothers was born at the turn of the 20th century when Cincinnati businessman Irvin Westheimer witnessed a child searching garbage bins for food. He learned that the child’s father had died, plunging the family into poverty, and he got involved. Seeing a way to reduce youth crime and poverty, Westheimer convinced colleagues to mentor little brothers. Westheimer became president of the Big Brothers Association of Cincinnati on February 23, 1911.

The first Big Brothers agency was established in Canada in 1913. The initial framework and use was identified through the Toronto juvenile court system, thanks to the efforts of Clarence Noble and his stenographer, Eleanor Adams, who sought volunteers to help boys in need. The Big Sister program also began at around the same time and eventually merged into its present form.

Research shows that girls with a Big Sister are four times less likely to bully, fight, lie or express anger than girls without a mentor. Little Brothers are twice as likely to believe that school is fun and that doing well academically is important. Stamp designer Dennis Page notes that these findings influenced his work, “Merged together, both children are looking forward to a brighter future.”

“We are delighted to commemorate the important milestone of celebrating 100 years of mentoring in Canada with the launch of a special stamp,” says Bruce MacDonald, President and CEO of Big Brothers Big Sisters of Canada. “We thank Canada Post for the beautiful design, which we feel accurately reflects the value of mentoring in our communities.”

For more information or to become a Big Brother or Big Sister, visit www.bigbrothersbigsisters.ca