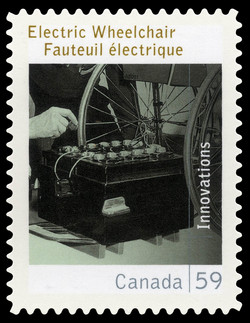 The hidden date for this stamp can be found on the back of the wheelchair. 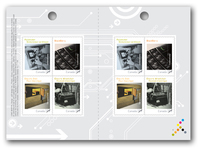