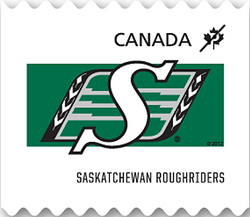 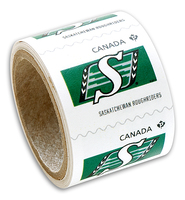 The origins of the Saskatchewan Roughriders* can be traced back to 1910, with the formation of the Regina Rugby Club. In 1924, the name was changed to Roughriders*, and in 1948, the team adopted its iconic green and white colours.

The Roughriders’ first Grey Cup® victory came in 1966, when they defeated Ottawa 29-14 with Ron Lancaster calling the shots at quarterback. In the next decade they would appear in the Grey Cup game four more times, but fail to bring the Cup home.

In 1989, more than 54,000 fans were on hand in Toronto’s brand new SkyDome to watch Saskatchewan take on Hamilton in the championship game. During that game,15 Grey Cup records were tied or broken, but how the game ended is what made this one of the most exciting championship games of all time.

After the Tiger-Cats scored a touchdown to tie the game 40-40, the Roughriders quickly marched right back down the field and into field goal position with just seconds to go in the game. Saskatchewan kicker Dave Ridgway rose to the occasion, nailing a field goal to lift Saskatchewan to victory. This last-second play has been called “The Kick” to Roughrider fans ever since.

Saskatchewan won the Grey Cup again in 2007, beating Winnipeg 23-19. Most Valuable Player James Johnson had three interceptions—the first for a touchdown and the third to end Winnipeg’s final drive and seal the victory for the Roughriders.

Saskatchewan’s fans are as well-known as the team, having earned a reputation for being the most passionate in the League. Mosaic Stadium consistently sells out and the Roughriders enjoy surprising support when on the road in other cities, a testament to the team’s wild popularity with CFL fans everywhere.