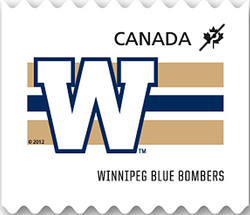 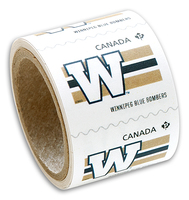 Winnipeg has been competing for the Grey Cup® since 1930, and in 1935, the “Winnipeg’s” were the first Western team to win the Grey Cup. In 1936, fans happily seized on to the current name of the franchise after journalist Vince Leah refitted the nickname of famous boxer Joe Louis (the Brown Bomber) and wrote “These are the Blue Bombers* of western football.”

From the mid-1930s to the late 40s, the Blue Bombers were a football force to be reckoned with, appearing in the championship game ten times and winning three Grey Cup trophies.

However, the true glory years of the franchise would arrive in the 1950s, when the team boasted legendary players like Ken Ploen, Leo Lewis, Ernie Pitts and Charlie Shepard. After a Grey Cup loss in 1957, the Blue Bombers would go on to dominate the League by winning four championships in the next five seasons.

In the 50th Grey Cup, Winnipeg faced Hamilton at Toronto’s Exhibition Stadium, in a game that would forever be remembered as the Fog Bowl of 1962. As play went on, fog began to roll in from Lake Ontario, settling on the field in the second quarter. Visibility got worse and worse for players, more than 32,000 fans in the stands, and millions watching on TV. With nine minutes to play in the fourth quarter, Commissioner G. Sydney Halter pulled the plug on the game with Winnipeg leading 28-27. After playing out the rest of the fourth quarter the next day, there was no further scoring and Winnipeg claimed the only Grey Cup Game to be played over two days.

The mid-80s and early 90s were great years for Blue Bomber fans, as coach Cal Murphy guided the team to three Grey Cup victories, one in 1984, as head coach, and wins in 1988 and 1990 as General Manager.

With legendary players like Milt Stegall, Dieter Brock, Bob Cameron and Herb Gray, more than 80 years of thrilling Winnipeg football shows no signs of slowing down, and Blue Bomber fans look forward to more memorable performances on the field.