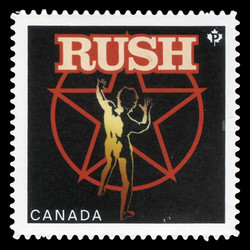 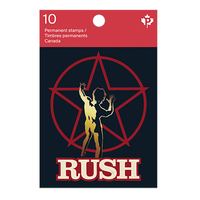 Rush
Rush has sold in excess of 40 million records worldwide, ranking third behind the Beatles and the Rolling Stones for most gold and platinum records sold by a rock band. Since releasing its debut album in 1974, the Toronto group has become one of Canada’s most successful and influential rock bands.

Proving that success doesn’t have to come at the expense of artistic innovation, Rush has won numerous JUNO Awards and international distinctions. Band members Geddy Lee, Alex Lifeson and Neil Peart were made Officers of the Order of Canada and won the Governor General’s Performing Arts Award for Lifetime Artistic Achievement. Recognized by the Canadian Music Hall of Fame and the Canadian Songwriters Hall of Fame, Rush became the first Canadian band inducted into the Rock and Roll Hall of Fame in April 2013, making it part of an elite few among Canadian artists to be so honoured.