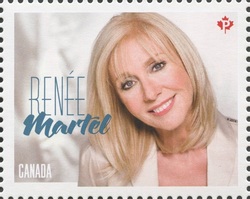 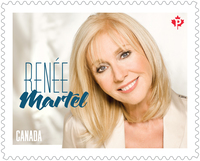 Renée Martel: Her father’s daughter
Born in Drummondville, Quebec, in 1947, Renée Martel grew up in a home filled with music; both parents were professional musicians. In 1967, Renée moved to Montréal, where she kicked off her career by being named Discovery of the Year and making a number of television appearances. In 1969, her first three singles – Liverpool, Je vais à Londres, and Viens changer ma vie were hits that made Renée Martel a household name.

Over her career, she has recorded close to 25 albums and more than 50 singles, some of which were Felix Award winners. Her sound incorporates modern and traditional styles, pop music and, of course, her country heritage.

Since her 2002 autobiography, Ma vie, je t’aime, the Quebec star has completed other albums, Un amour qui ne veut pas mourir (2006), L’héritage (2008), Une femme libre (2012), and more recently, La fille de son père (2014), a tribute to her father. Building on a long and outstanding career, Renée Martel continues to perform for her many adoring fans with boundless energy and love of life.