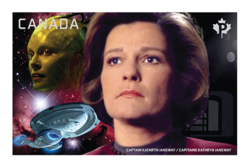 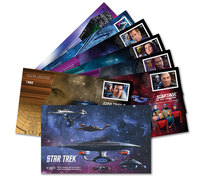 Captain Janeway vs. the Borg Queen
Sent to pursue renegades known as the Maquis, Captain Kathryn Janeway and the crew of the U.S.S. Voyager thought they’d be home in no time. Unexpectedly, Voyager and a Maquis vessel were transported to the other side of the galaxy. Far from home, the two crews united and began a decades-long journey back to the Federation. In the end, Janeway faced off against the enigmatic Borg Queen and used the Collective’s advanced technology to speed Voyager’s return home.