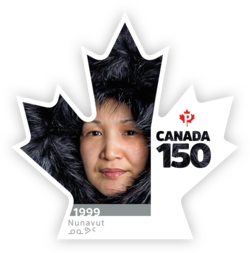 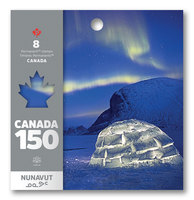 "The story of a vast territory – Canada’s newest. Created in 1999, Nunavut was the result of the largest Aboriginal land claims agreement in Canadian history."

On April 1, 1999, the creation of Canada’s newest territory, Nunavut, was hailed with fanfare including fireworks and traditional Inuit games and dances. The new addition to Canada’s political map – the first major change since Newfoundland and Labrador joined Confederation in 1949 – was the result of the largest Aboriginal land claims agreement in Canadian history, which divided the Northwest Territories in two. Decades in the making, Nunavut, meaning “our land” in Inuktitut, is home to mostly Inuit – Indigenous peoples who have occupied the vast Arctic Archipelago part of the region for some 4,000 years.

Nunavut enjoys one of Canada’s fastest-growing populations – and one of its youngest – placing the territory at the forefront of Canada’s future. The territory covers almost one fifth of the country, encompassing much of the vast Arctic, and includes the northernmost inhabited place in the world: Alert. Its rich wildlife and natural resources promise a prosperous future, with conservation and development guided responsibly by local needs and knowledge.

This stamp, celebrating Canada’s newest territory and the people who call it home, was unveiled May 30 at the Legislative Assembly of Nunavut in Iqaluit. Distinguished guests, including representatives from the Government of Nunavut, other honoured individuals, and senior executives from Canada Post paid tribute to a Nunavut that supports Inuit values, strengthens the use of the Inuit language and engages with circumpolar neighbours.