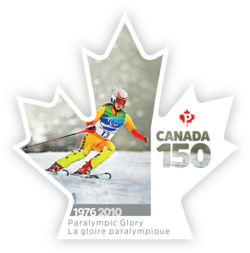 Canada has been at the forefront of the Paralympic movement for decades and our athletes have participated in every Summer and Winter Paralympic Games since 1968. That year, thanks to the efforts of Dr. Robert Jackson, a Toronto orthopedic surgeon, Canada sent 22 wheelchair athletes to compete at the Summer Paralympic Games in Tel Aviv, Israel. Since that time, Canada’s Paralympic athletes have exemplified courage and determination, and redefined the limits of physical and mental endurance.

Canadians have proudly hosted two Paralympic Games. In 1976, Dr. Jackson’s efforts led to Canada’s first Games in Toronto, known as the Torontolympiad, where athletes with an amputation or visual impairment competed for the first time. In 2010, the Paralympic Winter Games were held in Vancouver, where Canadian athletes collected 10 gold medals. Canada’s Paralympic athletes stand among the best in the world.

At the Torontolympiad, Arnold Boldt set world records in the high jump and long jump, and swimmer Tim McIsaac launched a career that would see him become Canada’s most successful Paralympian, with 28 medals. Wheelchair racer Chantal Petitclerc, now a senator, won 14 gold, five silver and two bronze medals between 1992 and 2008, when she was named Canada’s athlete of the year. At the 2010 Paralympic Winter Games in Vancouver, Para alpine skier Lauren Woolstencroft – featured on the stamp – became the first Canadian Paralympian to win five gold medals at a single Winter Games. Para Nordic skier Brian McKeever, who made history when he was named to the Olympic and Paralympic teams in 2010, earned three gold medals at the Vancouver Paralympics and now has 13 medals to his name, including 10 gold.

This stamp was unveiled in Vancouver with the help of some of Canada’s most decorated Paralympic athletes.