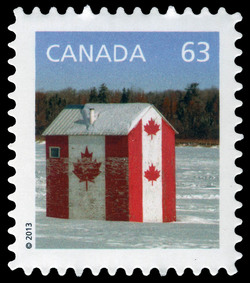 This stamp has micro-text hidden within the design. The micro-text reads "Ice Fishing Hut".