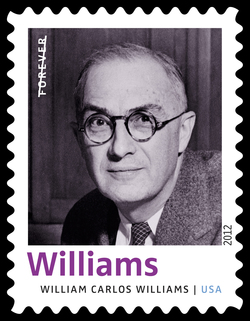 William Carlos Williams (1883-1963) was a doctor who typed out his poems between seeing patients. His work showed readers the extraordinary in the commonplace—a broken bottle, a red wheelbarrow left out in the rain—in deliberately plain language.