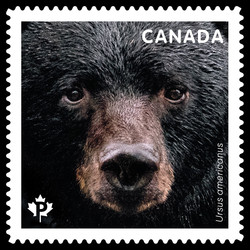 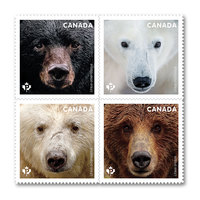 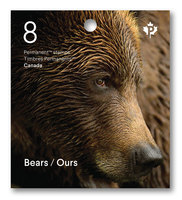 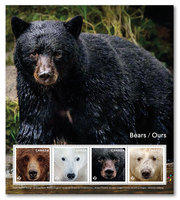 Bears are some of the most intelligent and formidable predators in the Canadian wilderness. Their enormous size and raw power make them captivating and worthy of our respect.

Assessed as being of special concern by the Committee on the Status of Endangered Wildlife in Canada (COSEWIC), the powerful grizzly bear (Ursus arctos) eats a mainly vegetarian diet. Once common on the prairies, grizzlies are now found only in the western and northern regions of Canada.

Two thirds of the world’s population of polar bears (Ursus maritimus) roam Canada’s circumpolar region. On average, they are the largest bear species in the world – males can weigh up to 800 kilograms – and are superbly adapted to life on the sea ice. Unfortunately, polar bears have also been assessed as a special concern by COSEWIC as a result of increased ice loss caused by the warming climate.

The most widely distributed bear species in North America, the American black bear (Ursus americanus) inhabits every province and territory, except Prince Edward Island (where it once lived). Named after their most common colour, black bears can sport coats of blond, brown, blue and cinnamon – and almost any hue in between. Offspring with white or cream-coloured fur can also occur, most commonly in populations on the west coast known as Kermode bears (Ursus americanus). White Kermode bears have long been featured in the traditions of coastal First Nations people.

Designed by Andrew Perro, these stamps are a safe way to come face to face with these four majestic bears. He used photos by renowned wildlife photographers Michelle Valberg and Robert Postma, who say patience, determination and a little luck play a big role in getting the right shot.

“You need to be open to serendipitous moments,” says Postma, who, from the safety of his car, photographed a grizzly mother and her cubs munching on fresh spring shoots.

Valberg recalls the moment she first spotted Warrior, a female Kermode bear named for the scar on her nose. “Warrior walks around like she owns the forest. There’s a regal elegance about her stride that’s incredible to watch.”