History of Radio in Canada 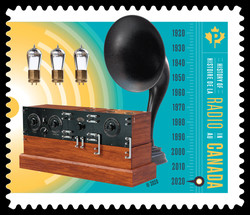 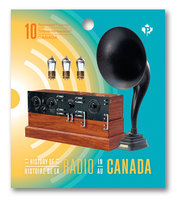 On the evening of May 20, 1920, Marconi Wireless Telegraph Company of Canada station XWA – for Experimental Wireless Apparatus – broadcast the first Canadian radio program to a Royal Society of Canada gathering at Ottawa’s Château Laurier. The closed broadcast included a live performance by soprano Dorothy Lutton, delivered from the Marconi factory studios in Montréal.

Although the groundbreaking broadcast was transmitted from the Montréal studios to the Naval Radio Service in Ottawa, a receiving station and large amplifier had been set up for the occasion at the Château Laurier hotel. As reported in the Ottawa Journal by one of the journalists invited to listen in, when “the latest one-step” was played, the clarity was so impressive that several of the newspaper writers began to dance.

Later that year, XWA (which had received the first Canadian experimental radio licence in 1919) changed its call letters to CFCF – for Canada’s First, Canada’s Finest. In 1922, the station made the leap to commercial broadcasting, and Montréal’s CKAC became the first licensed radio station in North America to offer French-language programming. Thirty-four Canadian radio stations were in operation at the time, and people were quickly becoming fans of the news and entertainment the new medium could bring into their homes. By the end of the decade, the number of radio sets across the country had increased from fewer than 10,000 to nearly 300,000.

To create a stamp depicting the earliest days of radio, for which there was little original imagery available, Canada Post assembled a team of experts from academia, communications museums and vintage radio clubs to ensure visual accuracy and an authentic back story.