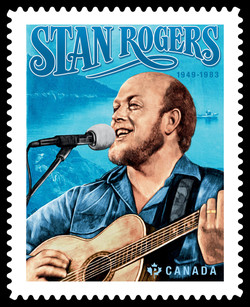 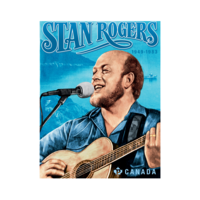 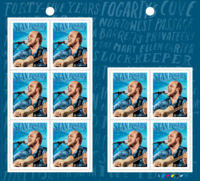 When Stan Rogers took the stage, guitar in hand, his presence was electric. Standing six foot four, with a deep, rumbling voice that rose and fell like waves on a Nova Scotia shore, he poured his heart and soul into every word he sang. Poetry set to music, his ballads laid bare the lives of the sailors, ranchers, miners and others whose stories had captured his imagination.

“Stan said things about people that were true. He loved talking and listening to people because he was interested in what they did and wanted to tell their story,” says his widow, Ariel Rogers. “He had an incredible gift for taking that life experience and turning it almost like a prism, so you saw the essence of the person rather than just a reflection.”

Born in Hamilton, Ontario, on November 29, 1949, Rogers spent many summers in Nova Scotia, visiting his mother’s hometown of Canso. It was there that he found his passion in traditional Maritime music. A skilful storyteller, Rogers sang about subjects that were both deeply personal and universally relatable. He took tales from the past and made them moving and meaningful in the present – from the raucous sea shanty “Barrett’s Privateers,” on his first album Fogarty’s Cove (1976), to the emotional anthem “Northwest Passage” (1981), the title track of the last release before his death.

Rogers was only 33 – with his career on the rise – when his life was cut tragically short in an airplane fire on June 2, 1983. Likened to such greats as Bob Dylan and Woody Guthrie, he left a legacy of 11 albums, most released posthumously, that have kept his music vibrant and alive for nearly 40 years. “It was never about him. It was the music that mattered,” says Ariel. “He always said, ‘I don’t care if I’m a star, but I wouldn’t mind being a comet.’ And that’s exactly what he was.”